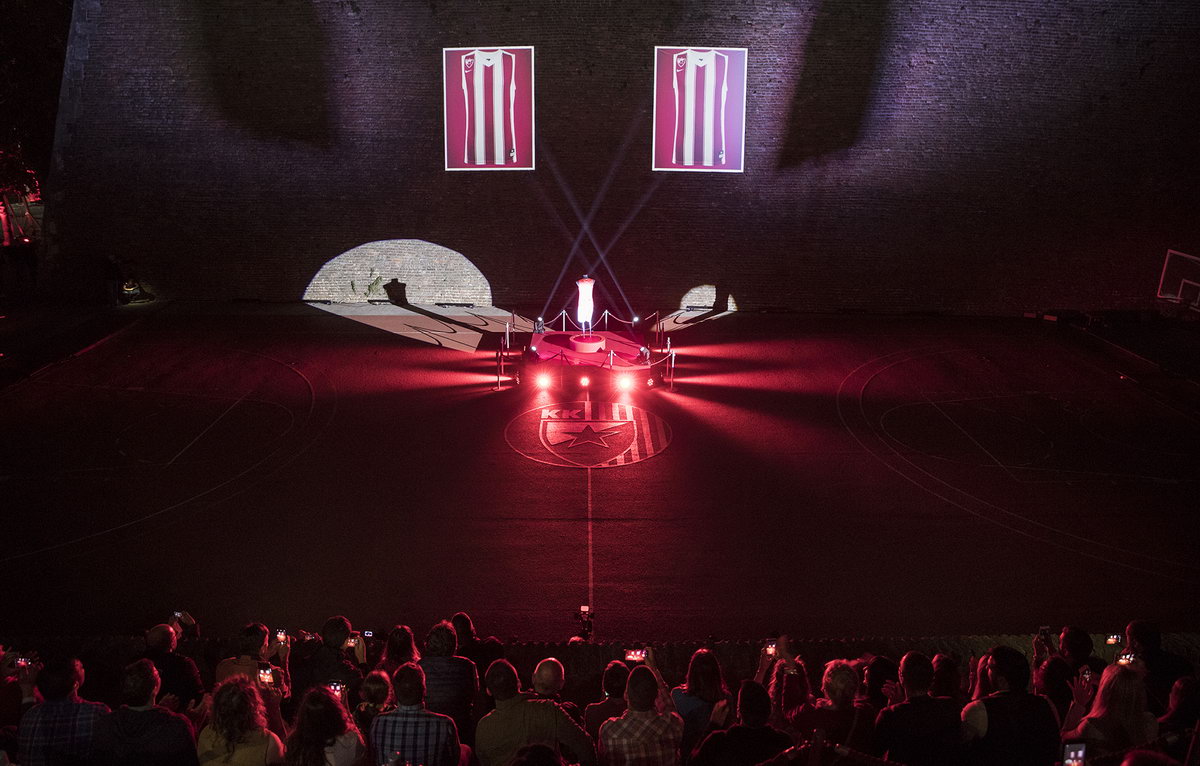 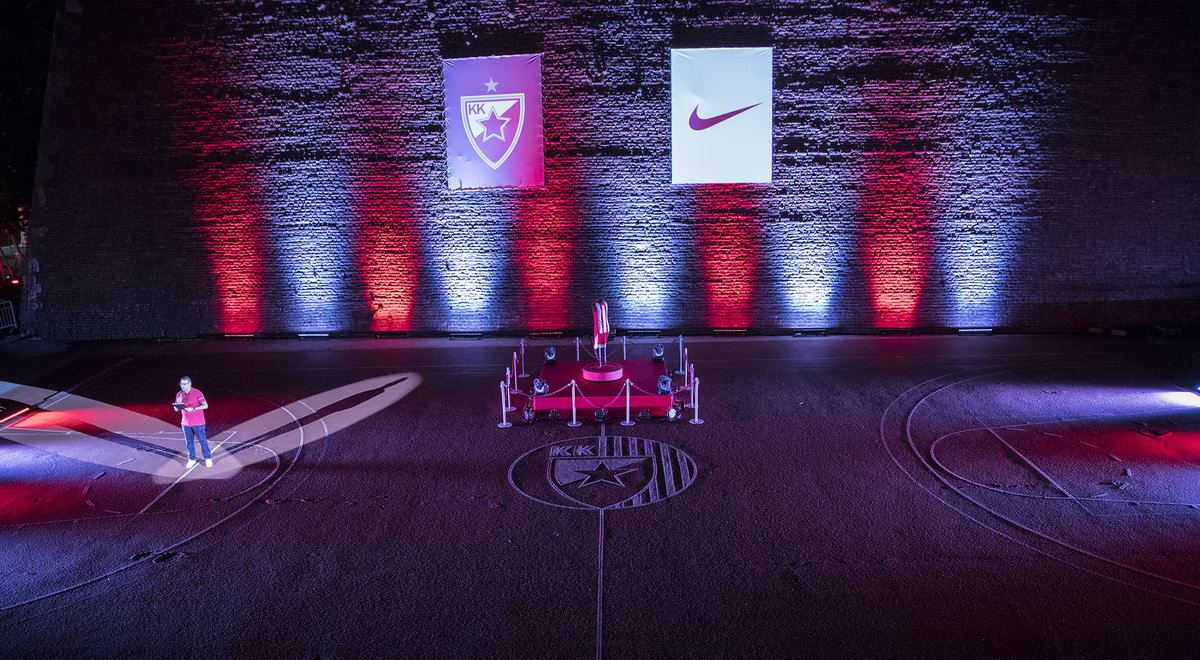 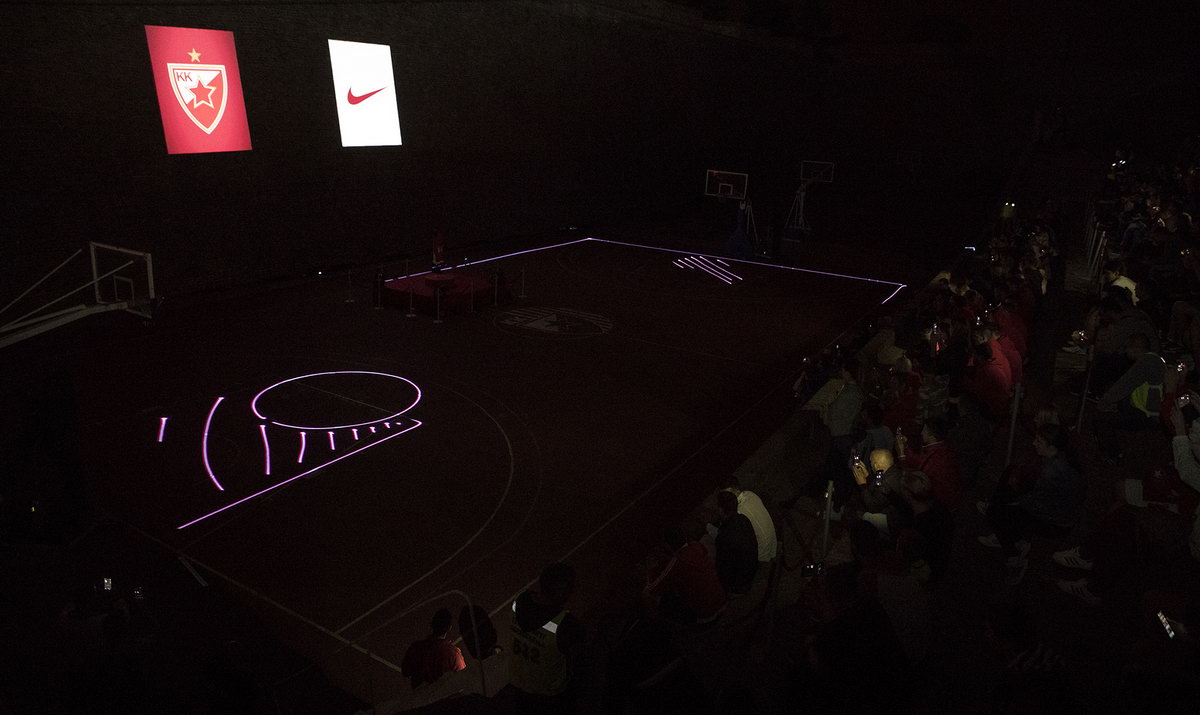 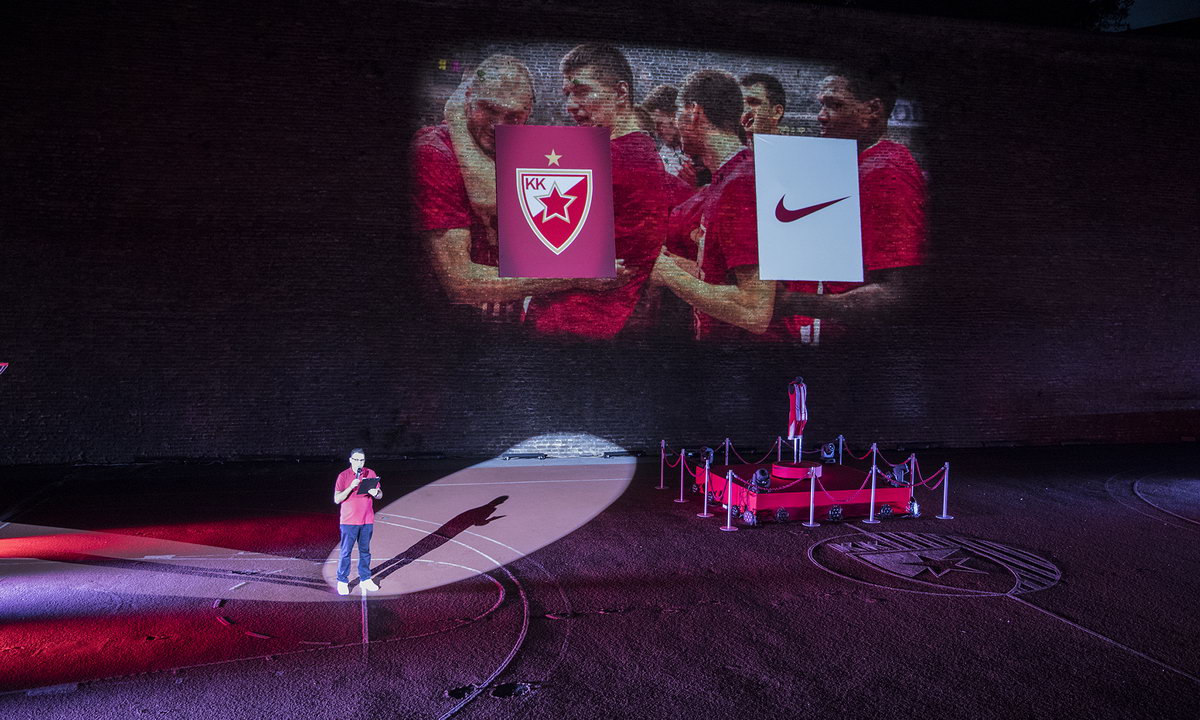 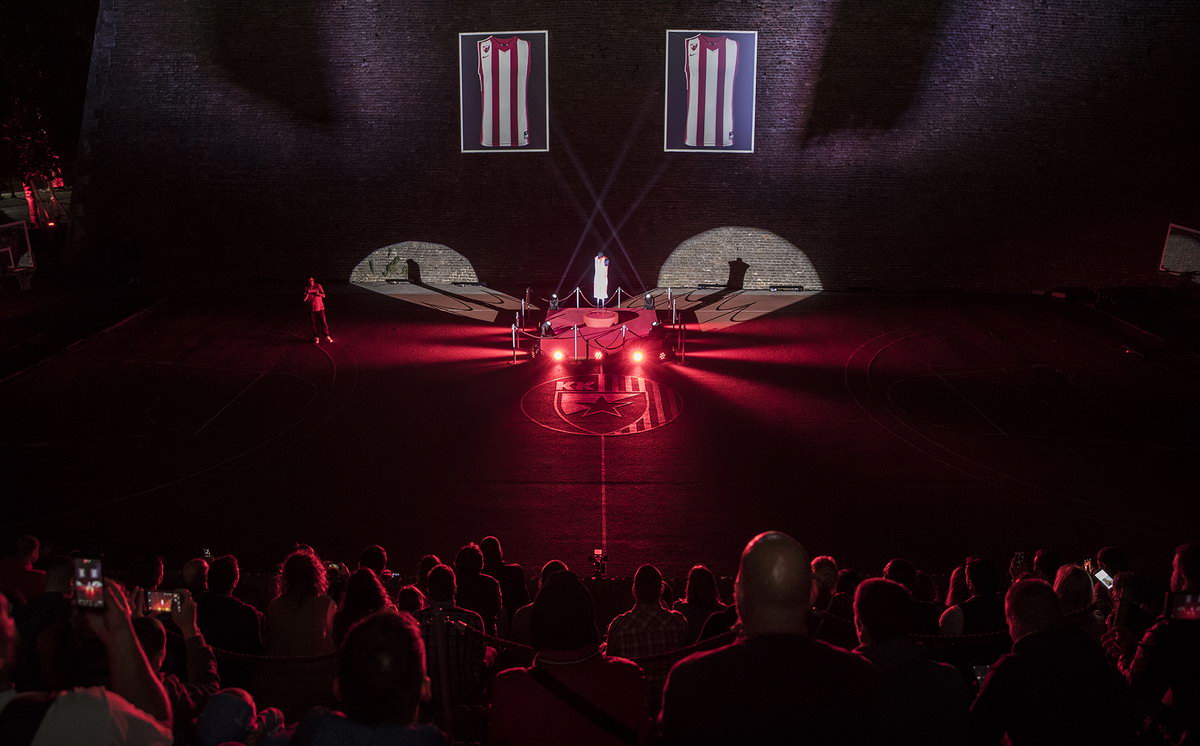 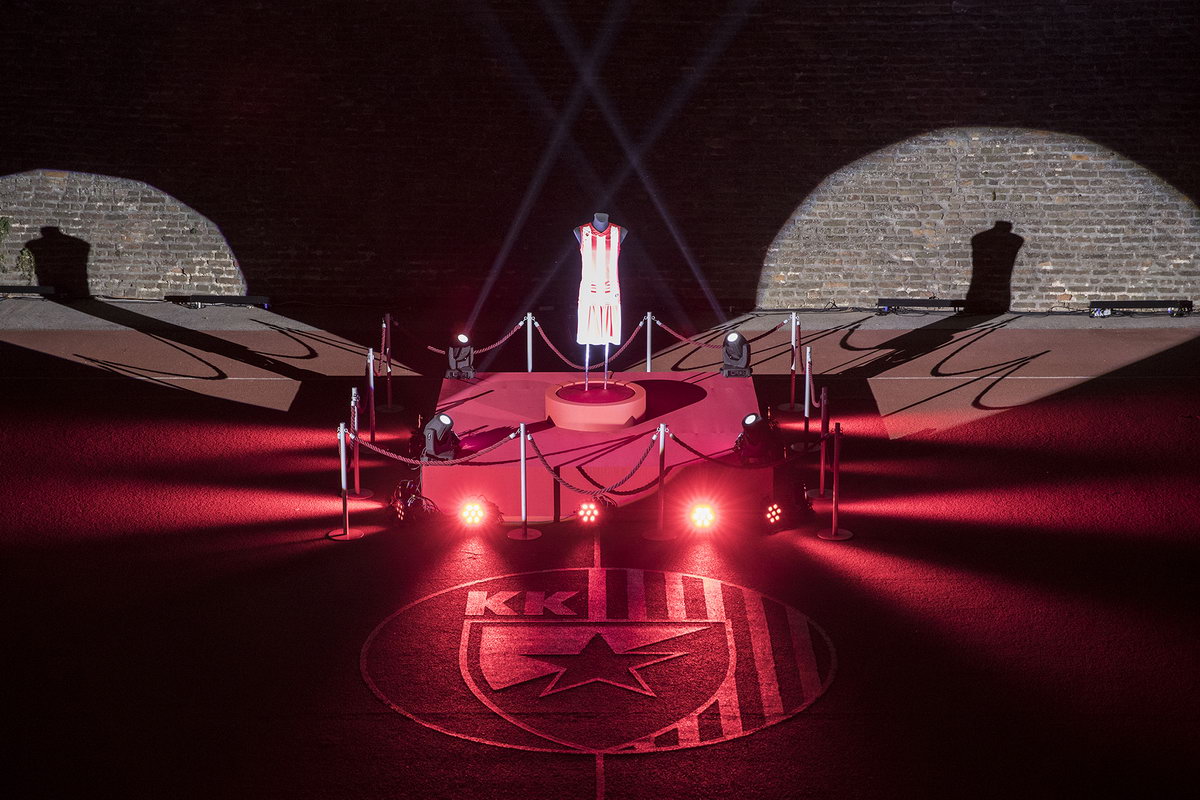 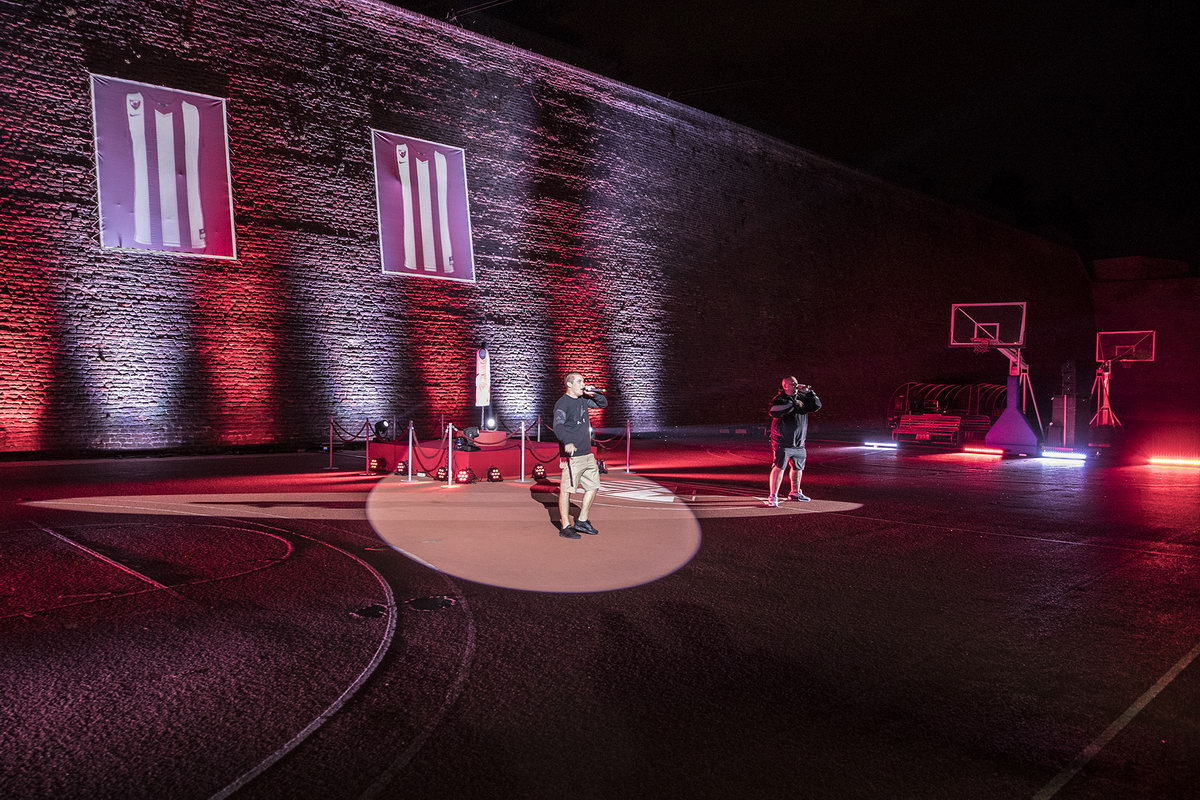 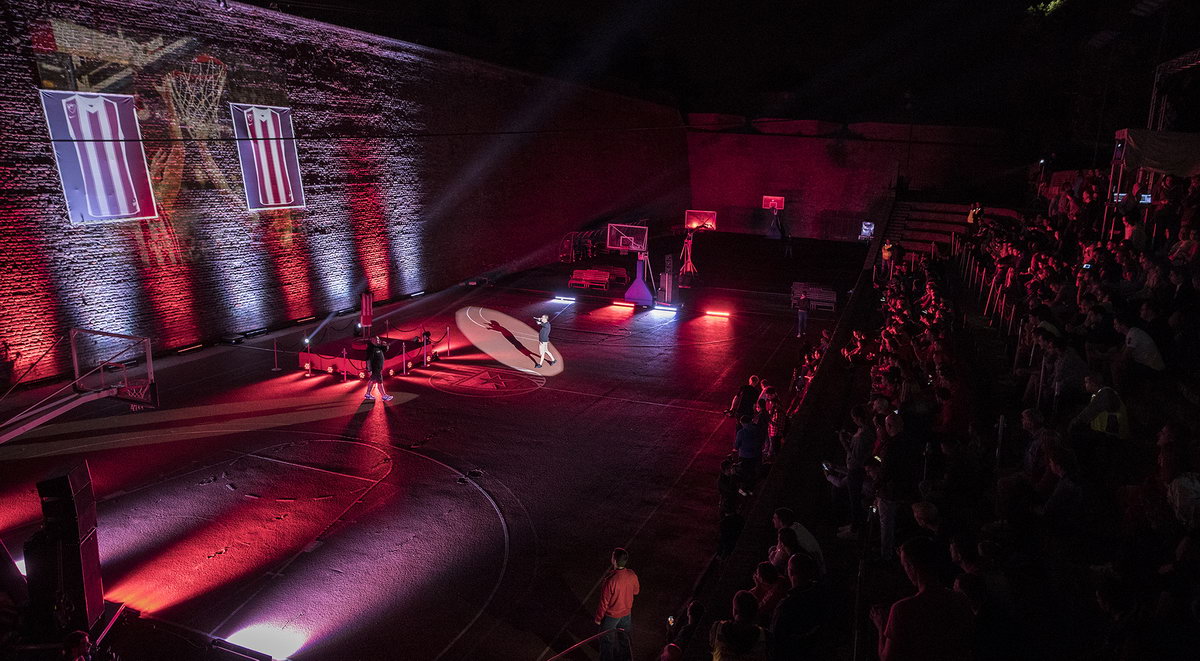 The world’s largest producer of athletic clothes and footwear, Nike, is a new sponsor of Red Star basketball team, so the brand-new team jersey was designed by the company.

On behalf of Nike, the presentation of the new jersey took place at Red Star open air court at Kalemegdan Fortress.

During the event the jersey was kept a mystery away from the light, while the team and staff were introduced to the guests. The court came to life with 3D mapping featuring a DJ performance, with the event reaching culmination when the jersey was revealed in the light.

The event ended on a high note with performance of rap duo THC La Familija.